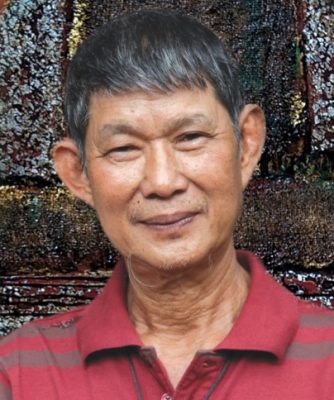 Artist Ly Khac Nhu was born in Quang Ninh, Vietnam in 1943. He has a Chinese root in Fangcheng in the south of Guangxi Province, China. In Vietnam, he has been known as one of the most influential Chinese painters, particularly in Ho Chi Minh City. Over the past decades, he has received numerous Awards for outstanding contribution to society issued by different levels of Vietnam’s government. He has also being recognized for achievements in organizing national and international art and culture exchange events. His paintings can be found in art galleries, museums, and organizations in Vietnam and overseas, in addition to widely acquired by personal collectors. His paintings and wide range of personal collections has also been filmed in many occasions for documentaries by Vietnam TV and China CCTV.
Notable exhibitions and achievements: